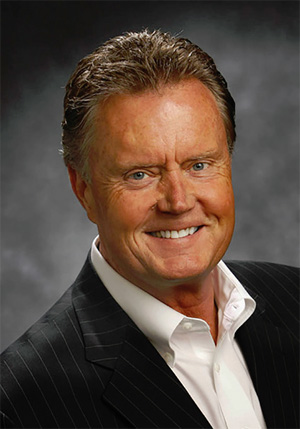 Economist, speaker and author Jeff Thredgold, best known for his years as a consultant for Zions Bancorporation, has died. Thredgold, 66, passed away at his home in Farmington on April 15 of complications from Frontotemporal Degeneration, a neurological condition similar to ALS.

Thredgold was president of Thredgold Economic Associates and served as an economic consultant to Zions for 17 years, providing the bank and other affiliate banks with the monthly "Small Business Index", a quarterly economic report. He was known as an entertaining speaker with expertise in financial matters.

Thredgold’s career as an economist spanned more than 40 years, including 23 years as senior vice president and chief economist for KeyCorp. He wrote a weekly economic and financial newsletter, called the Tea Leaf, for 37 years. He was the monthly economic columnist for an Asia-based business publication, Business Issues.

“Jeff Thredgold successfully brought the dismal science of economics to life,” said Scott Anderson, Zions Bank’s president and CEO. “Over the years, hundreds of Zions Bank’s business clients had the opportunity to hear his lively speeches that provided context and relevance to the financial markets and demographic trends.  We are grateful to have known and worked with Jeff and reflect upon the impact he made on Utah’s business community.”

Thredgold authored several books, including econAmerica; A Parent’s Letter to My Children in School; and On the One Hand, The Economist’s Joke Book. He also served as an adjunct professor of finance at the University of Utah for 16 years and served as president of the National Association for Business Economics Utah Chapter. He is a former member of the Economic Advisory Committee of the American Bankers Association and the Economic Policy Committee of the U.S. Chamber of Commerce.

In 2002, Thredgold received the designation of Certified Speaking Professional from the International Federation for Professional Speakers and the National Speakers Association. Active as a professional speaker beginning in 1989, he logged more than 1,500 speaking engagements at conferences, conventions and other meetings throughout the country and internationally.

According to his wishes, Thredgold’s brain will be donated to the University of Utah Hospital to support research of Frontotemporal Degeneration.