Legal Matters: How to fast-track your patent application 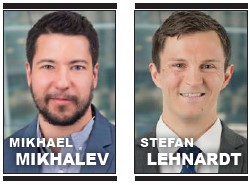 Patent prosecution moves far too slowly for the needs of some Utah companies. Applicants for patents wait, on average, 16.9 months to receive a first office action from the U.S. Patent and Trademark Office (USPTO) and 28.1 months before either receiving a patent or receiving a final decision. Waiting upwards of two years before receiving a patent is simply not feasible for many innovative businesses. Fast-moving technologies do not wait for a USPTO resolution. Thankfully, there are ways of expediting patent prosecution.

Patent Prosecution Highway (PPH) is a program that helps applicants applying for patents in multiple countries. If applicants have allowed claims in a participating patent office (Office of Earlier Examination or OEE), they can point to those claims when obtaining a patent on the same invention in another participating patent office. For example, an applicant with allowed claims in Europe would provide a table showing correspondence between the European claims and the U.S. claims, an information disclosure statement disclosing cited references and a translation into English, if needed, of the office action allowing the European claims. The USPTO then examines the patent, assisted by the work done by the European examiner. PPH requires no fee, results in slightly faster prosecution, and has an 84 percent allowance rate as compared to 74 percent for all patent applications.

One disadvantage of PPH is that the application is bound by the allowed claims in another patent office. The claims allowed in the first patent office may thus restrict the scope of the claims allowed in the second patent office. However, the previously allowed claim scope is no guarantee of allowance in the U.S. The USPTO may still find prior art and make new rejections. In addition, the USPTO does not have a one-year final disposition goal as it does for Track One applications. For this reason, PPH applications do not proceed through examination as quickly as Track One applications.

A potentially effective international strategy may involve filing a Track One application in the U.S. to obtain rapid allowance and then filing PPH applications abroad in participating countries with the allowed claim in the US.

A petition to make special expedites examination based on an inventor’s age or a health condition. Such petitions do not require a fee but require evidence of the inventor’s age or health condition. For inventor age, an attorney’s certification of the inventor being older than 65 is sufficient to qualify. For inventor health, a doctor’s certificate or other medical certificate may be required. However, any personal medical information submitted to the USPTO will be made public on the record. Petitions to make special typically result in examination timelines very similar to those achieved under the PPH program. Applications are taken out of turn and extra effort is expended in quickly reaching a final disposition. Again, the USPTO does not have a one-year final disposition goal as it does for Track One applications.

For the pre-examination search, the applicant must perform a detailed search and must cite all the references relevant to the claims in an information disclosure statement, identify all limitations in the claims that are disclosed by those references, and specify where the limitations are disclosed in the references. Additionally, the applicant must include a detailed explanation that describes with particularity how the claims are patentable over the references cited with particularity. The concern with AE is it requires the expense of a search, as well as significant attorney time to evaluate the prior art with respect to the claims. Most importantly, AE requires the applicant to characterize its claims as well as the prior art, which may result in prosecution history estoppel by disclaiming what is in the prior art, or may give rise to potential inequitable conduct issues for failure to disclose relevant art. For these reasons, Track One is almost always preferable over AE.

The USPTO has several options for expediting prosecution for applicants in fast-moving technology areas that cannot wait several years to obtain a patent. If an applicant is willing to pay to expedite prosecution, the best option is Track One. It results in quickest examination and is generally limited only by a willingness to pay the relatively high fees. PPH and Petitions to Make Special are also helpful options and do not require fees; however, applicants must qualify for their narrow eligibility criteria.

Mikhael Mikhalev is a partner in the Park City office of Maschoff Brennan. He assists clients in defending their research and development investments by ensuring their intellectual property is protected. Stefan Lehnardt focuses his practice on patent prosecution and intellectual property litigation in support of a variety of technologies.