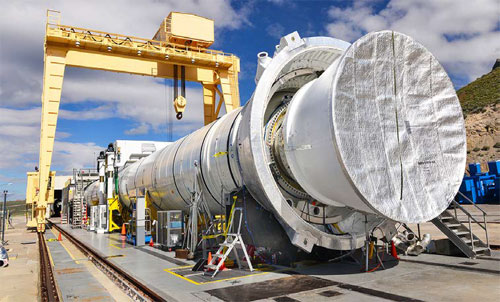 The military brings all three to Utah.

The last element — dollars — was the focus of a recent roundtable discussion following the release of report by the Kem C. Gardner Policy Institute focusing on Utah’s defense economy impacts and trends. The report indicates that the industry packs a $19.3 billion annual contribution to the state’s economy and has doubled its impact in a four-year period.

“First of all, we learned defense is big — probably bigger than we thought,” said Kevin Sullivan, executive director of the Utah Defense Alliance, which commissioned the study. “Ten percent of Utah’s economy is a pretty big deal.”

That “other people” group includes state legislators and other federal, state and local leaders, he said. “Because as they make decisions, they ought to know the magnitude and the impact of all of the industries in the state, and we wanted to make sure, candidly, that the defense sector was included in that computation.”

Two other roundtable participants also were impressed with the numbers reflected in the study.

“I think what it really demonstrates is Utah is a great place to perform the military missions and for our defense contractors to work here as well, and that growth is explosive,” said Gary Harter, executive director of the Utah Department of Veterans and Military Affairs. “We never knew it was going to be that high. We knew it was growing; we didn’t know it was going to be the 19.3 [billion economic impact], the 200,000-plus jobs and the 10 percent of the GDP.”

Maj. Gen. Michael Turley of the Utah National Guard said, “Ten percent of GDP is an enormous number,” that the industry having high-paying jobs is “encouraging to see,” and that military retirement income being so strong “speaks to the vibrancy of this as a career.”

“What’s important about this,” Turley said of the study, “is the fact that we were able to take things that we may have known instinctually about the impact of the defense industry in the state of Utah and put some empirical numbers to it, and that’s very, very beneficial from a Utah National Guard perspective because it tells the story both of a recruiting effort for us but also of retention.”

Sullivan said he also was impressed to find that the defense industry’s impacts are statewide.

“We knew that Davis and Weber counties around Hill Air Force Base were impacted hugely by the defense sector … but what we didn’t know is that virtually every county in this state has some impact,” he said. “Salt Lake County, for example, has a much, much bigger impact than we envisioned. … It’s the entire state. It really is a statewide impact.”

Turley said the Utah National Guard has activity in 15 of Utah’s 29 counties, allowing it to make “a huge impact in rural areas.” That follows a goal of Gov. Spencer Cox to spread Utah’s economic wealth throughout the state “and allow people to live in those places that they want to live but also participate in the economy,” Turley said.

Other statistics from the study show:

• Hill Air Force Base is the largest military installation in Utah and the state’s sixth-largest employer. In 2019, it employed 4,521 active-duty military personnel, 1,137 Air Force reservists and 14,174 federal civilians.

• The number of direct jobs in the defense industry in 2019 was 65,117. Only transportation and warehousing and education services had more.