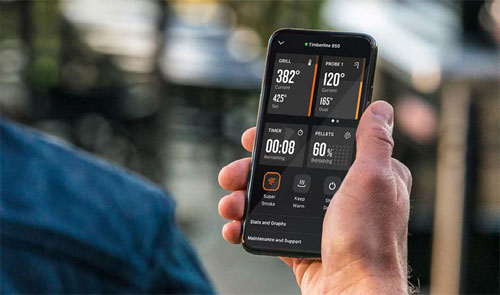 Traeger Grills has announced the planned terms of its upcoming initial public offering. Salt Lake City-based TGPX Holdings I, the corporate entity of Traeger, plans to raise $400 million by offering 23.5 million shares at a price range of $16 to $18. The offering would be for about 9 million shares of new common stock plus 14.5 million shares made available on the secondary market by existing shareholders. At the midpoint of the proposed share price, the company would have a fully diluted market value of $2.2 billion. The IPO date has not been set but is expected within four to six months, market analysts said.

Traeger initially filed confidentially for the IPO on May 3 but made a public registration statement with the Securities and Exchange Commission on July 6. It plans to list on the New York Stock Exchange under the symbol COOK.

Traeger is a category leader of the wood pellet grill, an outdoor cooking system that ignites hardwoods to grill, smoke, bake, roast, braise and barbecue. Traeger grills allow owners to program, monitor and control their grill through the Traeger app, which the company claims is used on more than 1.6 million mobile devices per month.

Traeger, along with competing grill manufacturers like Weber and Pit Boss, saw significant growth in sales during the 2020 pandemic. COVID lockdowns resulted in a sharp rise in home cooking and interest in backyard grilling. Revenues skyrocketed, with Traeger showing a $32 million net income on $545.8 million in sales in 2020.

Traeger was founded in 1987 and booked $668 million in sales for the 12 months ended March 31. The company employs about 350 in its Salt Lake City plant.

Wood pellet grills became popular during the 1970s oil crisis when the demand for alternative cooking fuels rose. Joe Traeger of Mt. Angel, Oregon, began experimenting with a wood pellet grill of his own invention in the early 1980s, ultimately moving into production in 1988. Traeger sold his company in 2007. After Trilantic North American purchased a significant stake in 2013, Jeremy Andrus, a founder of audio accessory company SkullCandy, became the new Traeger CEO. In 2017, AEA Investors, in partnership with the Ontario Teachers’ Pension Plan, purchased a controlling interest and Trilantic and Andrus reinvested in the company.

In early July, Traeger announced the acquisition of U.K.-based Meater, a maker of wireless cooking thermometers controlled from smartphones. The company said it plans to integrate the Meater technology into future grill models.