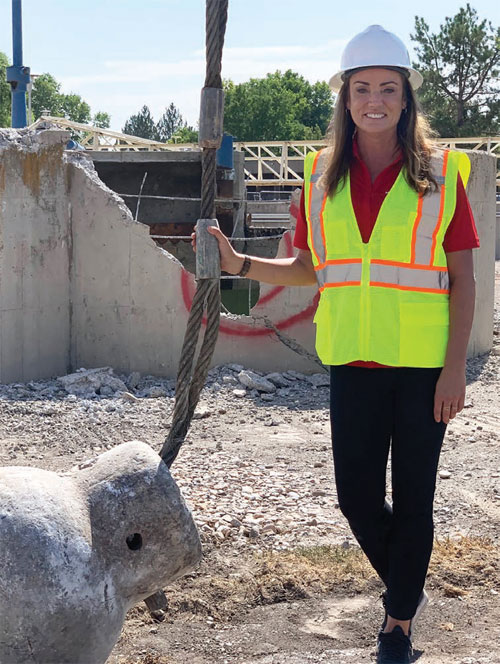 There are more than 20,000 incorporated communities in America. While many are prospering, others are struggling.

An important question we focus on in Provo is how do we build and maintain a vibrant community where people want to live, work, learn, play and visit? While there is no “one size fits all” approach, reaching this enviable community standard requires us to focus on today’s needs without losing sight of tomorrow’s opportunities.

One of the primary roles of cities is to effectively and efficiently deliver necessary services to its citizens, such as utilities, safe transportation, police and fire response and sanitation. Thanks to the tireless dedication and service of our city employees, we are proud to have earned such 2020 rankings as Utah’s No. 1 Safest Big City, No. 3 Best-Run City and a shared distinction with Orem as the Best Performing City from the renowned Milken Institute.

Our goal in Provo is to balance a high quality of life, sense of community and historic character with a forward-looking vision that creates economy vitality.

In the words of Abraham Lincoln, “the best way to predict the future is to create it yourself.” We are all community building together — making Provo the best it can be, knowing that the decisions we make today will impact generations to come. With that in mind, our 2021 definition of success will revolve around four key areas: visionary planning, comprehensive public safety, strong economic health and high quality of life.

These key areas have been designated as our “Provo Pillars”: Forward-Looking, Safe & Sound, Economically Vibrant and Welcoming. Throughout the year, we will share regular progress updates on social media and our new information dashboard at ProvoConnect.com so our citizens know we are working on the issues that matter most to them.

One of the most urgent city needs is sufficient and timely infrastructure to meet the demands of economic development and population growth — and that requires long-term planning. Taking a long-term perspective on infrastructure needs has allowed us to be fiscally responsible while being able to tackle large-scale projects to boost our economic growth.

Having been built in 1972, our existing city center was not seismically sound or adequate in meeting the needs of Provo citizens.

From conception to design, the new Provo City Hall, under construction since Feb. 10, 2020, has been citizen-centered.

Through analyzing current city operations, as well as incorporating public outreach, we have designed a functional space with our citizens as the focus.

Provo City Center was designed using the construction manager/general contractor method. This method — used on both the Recreation Center and energy building — allows Provo City, the design team, the contractor and citizens to work together from design to final construction to create the most dynamic and cost-effective city center. 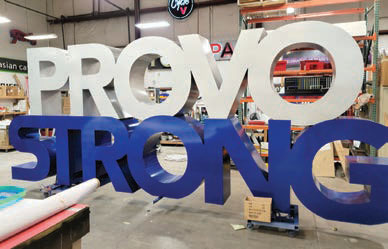 • Roughly half is devoted to public safety, including a new police and fire headquarters.

• Leading the community in sustainable and efficient buildings.

• Creating the themes of transparency, efficiency and citizen focus through city hall architecture.

On Nov. 6, 2019, we announced Provo was figuratively and literally taking flight with construction on a new terminal that will add four more gates, with future expansion to 10, and more than 22 flights a day to and from Provo.

Business growth will be one of the payoffs for having the expanded airport as it enables trade, powers businesses and creates opportunities for innovation and entrepreneurship.

As the second-busiest airport in the state and with the ability to accommodate airplane sizes up to a Boeing 757, it is inevitable we will have more airlines moving in to meet that need.

The initial primary purpose behind this water treatment plant is to enable the city to aggressively activate an Aquifer Storage and Recovery (ASR) program, which will assist in the natural recharge of water in local aquifers. Groundwater, extracted in culinary water wells, is one of the primary sources of water in Utah County.

Demolition work has been completed as preparation for construction to begin on the new wastewater treatment facility. The treatment plant has long exceeded its service life and needs major repairs. In addition, the treatment plant is required to meet new state and federal environmental regulations that the existing plant cannot meet.

• The existing treatment plant, located at 1800 S. 350 E. in Provo, will be completely reconstructed over the next 15 years.

• The existing treatment plant was originally constructed in 1956 with the last major upgrade occurring in 1978.

Michelle Kaufusi was elected the first female mayor of Provo in November 2017. She was born and raised in Provo and has a degree in global studies from Brigham Young University. Married to former BYU football player Steve Kaufusi, she has five children. She has served in many community positions and in 2019, she was named the Informed Decision Maker of the Year by the Kem C. Gardner Policy Institute.