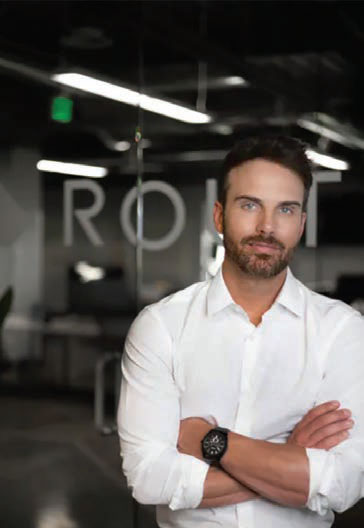 A package-tracking company has laid out a path for expansion in its home state.

Route App Inc., which launched in January 2019 with five employees, has announced it will add 3,353 high-paying jobs over the next 11 years at its Lehi headquarters.

“We’ve had a very fortunate two years,” CEO and founder Evan Walker told the Governor’s Office of Economic Development (GOED) board, which approved a nearly $23.2 million tax credit for the expansion project.

“We’re out of Lehi, Utah, which is an area I love to be in. The energy in that area, as you all know, is incredibly infectious and the talent that is developing in Utah is just second to none. So we’ve been able to grow this world-class, very mature, sophisticated technology team right here out of Utah and it allows us to kind of stay put, which we plan to do.”

Route’s platform takes a holistic approach to online shopping, helping consumers track their orders — and alerting them about any shipping problems — and aiding in claims resolutions, while providing merchants with what is essentially shipping insurance for customers’ online purchases.

“We are so excited about our growth in Utah, and I think what we’re able to do with this group here today just allows us to lean more heavily into the state and keep the growth going,” Walker said.

Route tracks more than 12 million packages each month. Its network includes more than 1.5 million app users and more than 7,200 merchants. The company has 330 employees at offices in Lehi and Los Angeles.

“Probably all of us have experienced the goodness of Route,” said Mel Lavitt, chairman of the GOED board’s incentives committee. “We order something, and we’re told when it shipped, where it is, when it’s at the mailbox or when it’s going to get to our home. And we always think that information comes directly from the [seeling] company, but in many instances it comes from the Route app.”

“Why we feel that’s so important to the future of e-commerce is, the more disparate and disconnected things get inside e-commerce, having this need to have a centralized place of everything you order in a single location becomes hyper-relevant,” he said.

Walker said the company likes to say it is “less than a logistics space and more of a communications space.” For example, if a customer’s order is moving from New York to Los Angeles but gets delayed in a Chicago snow storm, Route informs the customer, saving merchants the time, trouble and cost of dealing with customer inquiries about the delay. Those inquiries are expensive and non-revenue-generating for the merchants.

The company’s growth last year was in part due to the COVID-19 pandemic “but more holistically just from e-commerce growth in general,” Walker said.

The nearly $17.3 million expansion project is expected to generate new wages of nearly $2.25 billion over 11 years and new state tax revenue of about $115.9 million during that time. The average wage of the new jobs is projected at $131,100.

Carine Clark, chair of the GOED board, said the company has huge growth potential because only 5 percent of global commerce occurs online.

“So over the next five years, just that movement alone, even terrible companies will do well,” she told Walker. “Thank goodness you’re not a terrible company, but you have the opportunity to just explode. So I’m super-impressed and proud with what you’ve done with your team.”

In a prepared statement, Dan Hemmert, GOED’s executive director, called the project “a big win for Utah” and added that “we are amazed at the growth and the opportunities Route will bring to Utahns.”

“We’re always glad when an innovative technology company, with experience in other markets, selects Utah,” said Theresa A. Foxley, president and CEO of the Economic Development Corporation of Utah. “Route’s expansion not only bolsters Silicon Slopes as a whole but also strengthens our state’s industry expertise in e-commerce.”

“Lehi welcomes Route to our ever-growing technology sector and expects great things from them in the future,” said Marlin Eldred, economic development director for Lehi City. “Route is changing the way customers track packages, resolve claims and engage with brands. Route’s focus and vision to change the consumer experience and turn one-time shoppers into loyal customers is a game-changer for online sales.”