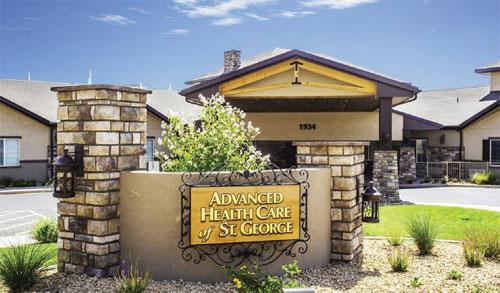 Qualtrics International Inc., the Provo-based customer experience software maker, has taken the first step in taking the company public by filing a form S-1 with the Securities and Exchange Commission late last month. The filing, which must be submitted by a business ahead of its initial public offering, provides potential investors with a look into the company’s finances and stated goals. The move comes just over two years after Qualtrics was purchased by multinational Germany-based software giant SAP SE.

The IPO is expected to be launched later this month or in early February.

Qualtrics, which first announced its intent to go public in July, said in its Dec. 28 filing it plans to sell an undetermined number of shares for $20 to $24 each. Its paperwork with the SEC listed a placeholder amount of $100 million, which will likely change once it sets the amount of stock that it plans to market. At the top end of that range, the IPO would value Qualtrics at about $14.4 billion — making the IPO by far the largest ever in Utah — based on about 600 million shares to be outstanding after the listing.

Qualtrics’s co-founder and former CEO, Ryan Smith, who recently bought the NBA’s Utah Jazz from the Larry Miller family, agreed to buy 6 million shares — or about 1 percent of the outstanding stock — for $20 per share, the filing shows. That would make Smith the largest individual shareholder in the company, fulfilling a commitment he made in July.

SAP paid $8 billion for Qualtrics in November 2018 in its biggest-ever deal in an effort to compete with rivals such as Salesforce.com Inc. According to analysts, taking Qualtrics public marks a shift in SAP’s strategy under CEO Christian Klein, who secured the top job at the company in April. When former CEO Bill McDermott announced the purchase — topping off a $26 billion acquisition spree to push SAP into cloud-based software and services — investors sent its shares down 4.7 percent as they balked at the price tag.

SAP will try to maintain ownership of at least three-quarters of Qualtrics after the IPO, Bloomberg News reported.

Qualtrics also revealed in the filing that investment firm Silver Lake Technology Management agreed on Dec. 23 to buy $550 million of shares of its Class A common stock in a private placement, including $225 million in stock at the IPO price and the rest at $21.64 per share. Silver Lake co-CEO Egon Durban has joined the Qualtrics board of directors.

Qualtrics reported a net loss of $258 million on total revenue of $550 million for the nine months through September, compared to a net loss of $860 million on revenue of $418 million in the same period a year earlier. The loss in 2019 is partly attributable to the one-time cost of paying employees for their shares in cash at the time of the acquisition, according to people familiar with the matter, Bloomberg reported.