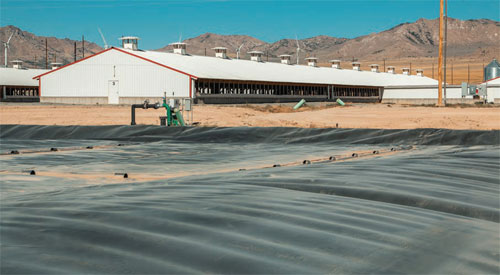 Smithfield Foods operates worldwide with more than 50,000 employees. It operates several company-owned and contract farms as well as a feed yard in Utah. Dominion Energy is a worldwide power consortium that purchased Utah-based Questar Gas in 2016.

The project is the first large-scale effort in the state to capture methane from hog farming operations and convert it into clean energy for homes, businesses and transportation. Significantly more greenhouse gas emissions are captured from the farms than are released when consumers use the gas, which makes RNG a “carbon-beneficial” energy source, company officials said.

At full capacity, the project will produce enough RNG to heat more than 3,000 homes and businesses and reduce annual emissions from participating farms by more than 100,000 metric tons. That is the same as taking 23,000 cars off the road or planting 1.8 million new trees each year, according to Align. Additionally, the project benefits participating family farmers by simplifying the process of and reducing the cost associated with manure management.

“We’re excited to witness the completion of our initial project in Utah, as we continue to scale and implement renewable energy projects across the country,” said Kraig Westerbeek, senior director of Smithfield Renewables and hog production environmental affairs for Smithfield Foods. “Our Align RNG partnership with Dominion Energy is a key component of Smithfield’s carbon-reduction strategy, which promises to reduce greenhouse gas emissions across our domestic supply chain 25 percent by 2025 and become carbon-negative in all U.S. company-owned operations by 2030.” 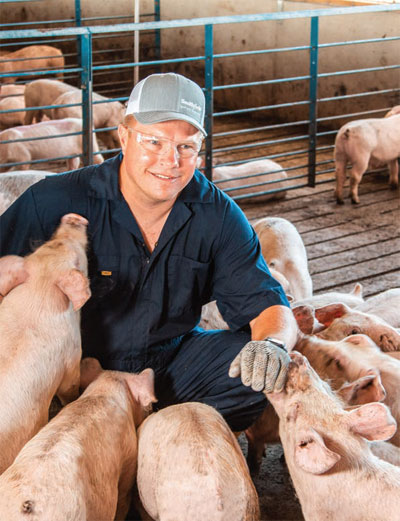 “This is an exciting breakthrough for the future of clean energy and sustainable farming,” said Ryan Childress, Dominion Energy’s director of gas business development. “With this single technology, we can produce clean energy for consumers, reduce farm emissions and benefit family farmers. It’s a powerful example of the environmental progress we can make through innovation. We’re thrilled Utah is leading the way, and we’re excited to keep the momentum going in other states across the country.”

In the largest venture of its kind in the United States, Dominion and Smithfield are jointly investing $500 million over the next 10 years to develop RNG projects across the country. Once the partnership’s planned projects are complete, they will reduce annual greenhouse gas emissions from U.S. hog farms by 2.5 million metric tons, the same amount as taking 500,000 cars off the road or planting 40 million new trees each year.

With the Utah project in operation and additional projects under development in North Carolina and Virginia, the partnership plans to produce enough renewable natural gas over the next 10 years to heat more than 70,000 homes and businesses.