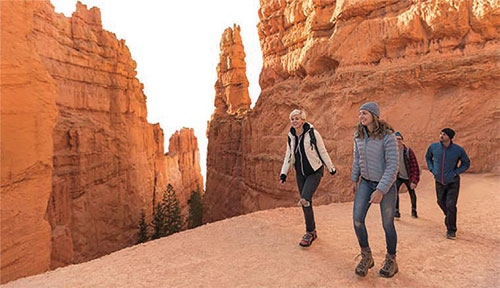 Salt Lake City is the best city in the United States for millennials, according to a ranking by Rent.com, which weighed several economic and other factors.

“Salt Lake City is on the rise, and we’re not just talking about the Wasatch Mountains,” Rent.com said in announcing the rankings. “Consider that the SLC economy is growing 9 percent annually — more than two times faster than the national average, while jobs are being added three times faster than the rest of the U.S.”

Salt Lake City “sits at the sweet spot” in balancing affordability and job opportunities, although its average income is a hair lower and rent a bit higher than it is in Madison, Wisconsin, the runner-up city.

“Still, millennials will find a little something extra here, namely the Silicon Slopes. A crop of startups in SLC has ushered in the beginnings of a tech boom with the kind of momentum that draws millennials. And let’s not forget about the quality of life. With agreeable year-round temperatures and ample opportunities to get outside, Salt Lake is known for healthy living, which any true millennial will appreciate.”

Rent.com considered cities with populations of 100,000 or more for people between 24 and 39 years old. It considered several factors and weighted them according to relevancy.

The factors include median income, population and percentage of millennial renters from 2018 and 2019 reports; the June 2020 unemployment rate; July scores for walking and biking; a “fun factor” based on commercially available business listings of entertainment establishments, such as bars, concert venues, movie theaters, restaurants, sports and fitness opportunities; and rent prices.