Point Authority is looking for ideas 'equal to the opportunity' 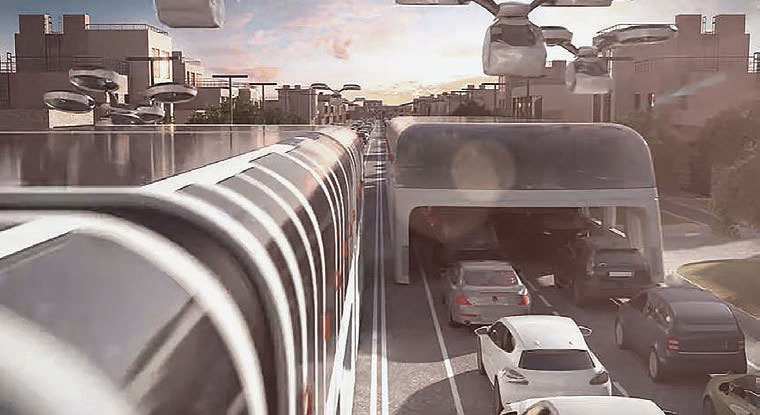 What should the 700-acre Utah State Prison site look like after the prison shifts to a new location a few miles north? Officials working on its planning want to hear ideas.

The Point of the Mountain State Land Authority is seeking public input for “The Point,” their new name for the site, which will serve as a focal point for possible development of 20,000 acres straddling the Salt Lake/Utah county line.

“We’ve got a 700-acre blank canvas, served well by transportation, in the middle of a growing, appealing metropolitan area and right at the heart of a burgeoning tech sector in Silicon Slopes,” Alan Matheson, the authority’s executive director, said at a news conference announcing the transition from the visioning stage to the planning stage for the property. “We’re presented with a  remarkable opportunity. Now we need imagination and will equal to that opportunity.”

A statewide survey, dubbed “Make Your Point,” will be open until Oct. 16 at thepointutah.org, giving the public a chance to help refine the goals for The Point.

“The biggest risk that I think all had as board members when we sat down for the first time and started having these conversations, the biggest concern is that we wouldn’t dream big enough, that we would think too small, and so we are working hard to make that that doesn’t happen. …”

Cox said the property represents an “incredible and unprecedented opportunity,” as well as hope. He compared it to the prison itself, which for inmates represents a second chance and new opportunity. “We see that for this site as well — a redemptive quality as we tear down these buildings and we build something for the future,” Cox said.

While the property could be sold to developers, “we think we can do something much more,” he said. The project process so far has taken a collaborative approach, with involvement from private, public, nonprofit and faith-based sectors, and the future steps will ensure that “everyone has a voice in what this project can become,” he added.

The input will be part of the master planning process, with a plan scheduled to be ready by next summer. The authority is calling on people to think about ideas for living, working and being entertained far into the future. The news conference even featured a couple of mentions of flying cars.

Draper Mayor Troy Walker described The Point as “the win-win of our time” because its scope includes the prison moving to a new facility near the Salt Lake City International Airport while making the current prison site available for development.

Salt Lake County Mayor Jenny Wilson emphasized a thoughtful, deliberative approach. “Our land-use choices are linked to our economic progress, and right now, with our fast growth, I urge caution,” Wilson said. “I urge deliberation. I urge even delay if that’s what’s necessary to get this right, because it’s really critical.”

But news conference speakers mostly repeated the theme of “opportunity.”

“This is an opportunity that no other state — I don’t think many other communities anywhere in the nation — have the opportunity to actually look at a piece of property this large, a development of this scope, and to actually be able to bring it up, from the ground up, and be able to do it right,” said Senate President Stuart Adams.

“As you can probably sense, anyone in my position in any other market in the world would be absolutely salivating, just champing at the bit, at this type of opportunity because it is indeed so unique,’ said Theresa Foxley, president and CEO of the Economic Development Corporation of Utah, which focuses on business recruitment in the state.

Public feedback will help planners “understand what the people of Utah value and what they want to see in this site,” she said.

“That, to me, is what’s so exciting here, that we will take this high-level visioning work that’s been done and, through the planning process, we will enable and we will facilitate these values of our community,” Foxley said.

“The uniqueness of this opportunity is that it’s a blank slate. We really can program this to accelerate high-quality additional growth and opportunity through thoughtful and proactive planning.”