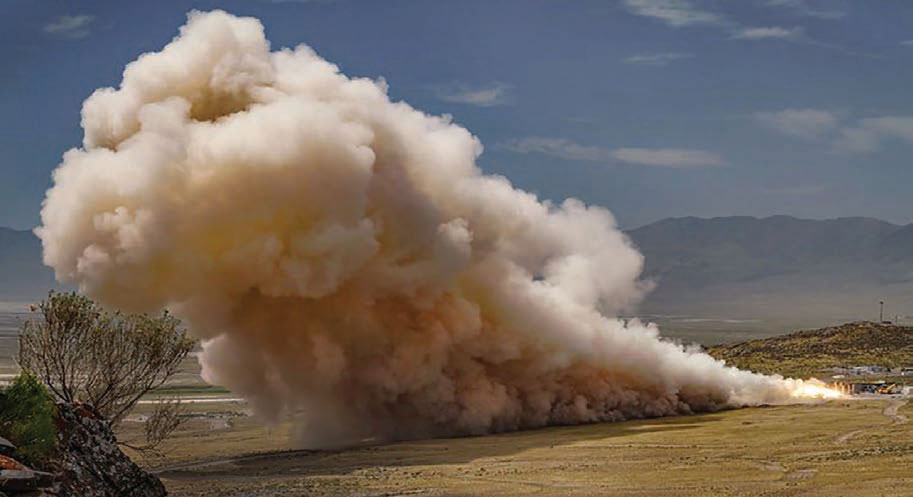 Despite the hit that Utah’s economy has taken due to the coronavirus pandemic, the instate operations of aerospace giant Northrop Grumman Corp. seem to be rolling right along. The company has announced that it is looking to fill more than 600 jobs in the state.

Northrop Grumman is currently hiring for a wide range of jobs at its Utah facilities from Promontory to Magna to Hill Air Force Base, the company said. It’s looking for everything from engineers to accountants to entry-level assembly workers.

Much of the demand stems from contracts the company has with the U.S. Department of Defense to supply and support missile defense systems. The company is planning to open its new Innovation Center in Roy next month and recently opened a new facility at Hill Air Force Base to support the military’s Ground Based Strategic Deterrent program, the nation’s next-generation intercontinental ballistic missile system, which company spokesperson Jennifer Bowman said will support jobs in Utah for the next 50-plus years.

Most of the current openings are at the new facility in Roy, with hundreds more available in Box Elder and Davis counties.

“There are so many opportunities right now,” Bowman said. “It’s not just one type of employee we’re trying to get.”

For much of the past decade, the company, originally known as Orbital ATK, had seen its employment numbers in Utah declining due to a drop in available contract work. Northrop Grumman, one of the world’s largest defense contractors, purchased Orbital ATK in 2017 for $7.8 billion, and has been working to secure more work in Utah since the acquisition.

“We’ve turned that corner and are really shooting up,” Bowman said. “It’s exciting.”

In addition to its partnerships with the U.S. Air Force and NASA, Northrop Grumman’s Utah facilities also provide parts for commercial aircraft. The Promontory facility specializes in solid-rocket motors for defense and space programs and also produces military flares and other related products.