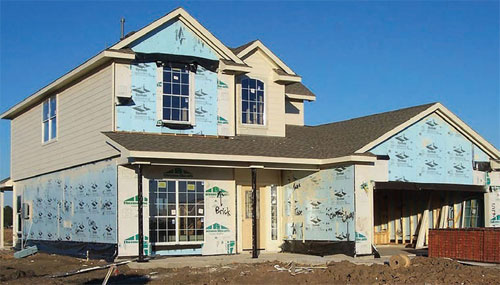 And you thought it was tough to find a home before the pandemic.

COVID-19 has thrown a proverbial monkey wrench into the Salt Lake City housing market and likely will do so until a vaccine is developed, according to officials at Zions Bank.

Speaking recently at a news conference in Magna about the housing market, those officials said the past few months have seen historic changes to the economy, with impacts that have been dramatic and severe.

“One of the things we couldn’t have predicted, and we still are having trouble predicting, is the economic impact of the coronavirus and COVID-19 on the housing market,” said Robert Spendlove, Zions Bank senior economist.

What is clear is that fewer homes are on the market. The Salt Lake metro area in March saw the largest decrease in the nation, slipping 47 percent from a year earlier. While the market has recovered and is growing rapidly, low inventory still exists, Spendlove said.

“In June, there were about half as many homes available on the market as a year ago, but home sales are only down less than 5 percent from last year. So what that means is there is now intense competition for existing homes that are for sale, and that competition continues to drive up home prices,” he said.

Salt Lake City is now the third-most-competitive housing market in the U.S., according to a July ranking by Redfin. The metro area saw 64 percent of offers facing bidding wars, trailing only Boston’s 72 percent and San Diego’s 66 percent. https://www.redfin.com/city/17150/UT/Salt-Lake-City/housing-market.

Among the increase’s contributing factors nationally and globally are historic lows for interest rates, which allows people to buy a larger home at about the same price but tends to drive up prices throughout the market. Utah’s situation has been exacerbated by increased population growth and migration. People have come to Utah from California, Oregon and Washington seeking access to jobs and more-affordable housing, prompting housing price increases in the Beehive State.

“In many ways, this pandemic has magnified the housing trends that we’ve seen the early part of 2020,” said Mike Gould, Zions Bancorp. mortgage manager for Utah, Idaho, Colorado and Nevada. While no one expected interest rates to fall so much, “we knew inventory would be tight, but we did not anticipate either that existing home sales would shrink by 50 percent in large part because of people wary to sell their homes during the pandemic.”

Those who are selling aren’t having to wait very long. In May, Wasatch Front homes on the market were there a median of only 20 days, compared to 37 days nationwide. That has led some people looking for housing to shun a purchase and instead opt for building a new home. Construction of new homes rose 14 percent in June, the highest level since 2007.

“This lack of existing home inventory is leading many customers to new construction,” Gould said.

The tight housing market likely will remain in place for a while. “Throughout 2020, we expect affordability to be an ongoing issue for Utahns as pent-up demand puts upward pressure on homes,” Gould said.

And the impacts of expensive housing could hurt the rest of the economy, Spendlove warned.

“The high cost of housing means Utahns have less money to spend in other areas of the economy,” he said. “This could start to have an impact on consumer confidence, on consumer buying, on overall buying patterns, so that’s something we’re going to be watching really closely as we move through the next few months.”