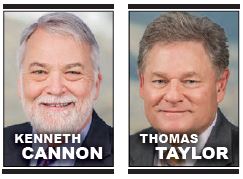 The COVID-19 pandemic has triggered a tidal wave of business bankruptcies. In the three-month period between March 1 and May 31, Chapter 11 bankruptcy filings in the U.S. increased 31 percent year-overyear.  While financially distressed businesses have several options, some of those options are simply not practical alternatives for many small and medium-size businesses because of the cost and time involved.

This article addresses two relatively inexpensive alternatives for insolvent companies — an Assignment for the Benefit of Creditors (ABC) and a small-business reorganization under new Subchapter V of Chapter 11 of the U.S. Bankruptcy Code.

Assignments for the Benefit of Creditor

An ABC is a voluntary, state law alternative to a federal bankruptcy filing. In an ABC, the debtor assigns its assets to an independent, third-party assignee chosen by the debtor, who will then sell those assets in an orderly, controlled manner and without the costs and delays associated with a bankruptcy filing. Virtually all states have ABC statutes, including Utah (the Utah Assignment for Benefit of Creditors, Utah Code Section 611 [Utah Act]). While ABC statutes vary from state to state, they all generally operate in a similar manner and involve a similar process.

Benefits. ABCs offer several benefits over a bankruptcy filing, including the ability to complete the process in only a few weeks, while avoiding many of the costs associated with a bankruptcy filing. Because an ABC does not involve many court hearings and procedural matters typically involved in bankruptcy filings, proceeds from the asset sale are mostly distributed to creditors. Furthermore, an ABC can avoid some of the stigma associated with bankruptcies, thus protecting the goodwill and reputation of the debtor’s owners and management personnel.

Drawbacks.  However, ABCs do present certain drawbacks, including the lack of certain protective provisions of bankruptcy, such as the ability to enforce executory contracts, and an ABC does not result in a discharge of debt or allow the debtor to be restructured. Furthermore, because ABC’s do not provide for an automatic stay, creditors can continue to pursue the debtor. Finally, because ABC statutes are creatures of state law and vary from state to state, there is always a risk that other states may not recognize or honor an ABC undertaken pursuant to another state’s ABC statute.

Unlike other Chapter 11 cases, no creditors’ committee is appointed unless ordered by the court and no court-approved disclosure statement related to a plan of reorganization is required (though the debtor will need to include certain relevant disclosures in its plan). In a concept borrowed from Chapter 13 individual debt adjustment cases, the debtor can retain ownership of the business over objections of creditors if the plan provides for the debtor to devote all of its “projected disposable income” over three to five years. Only the debtor may file a plan, though the deadline for filing a plan is 90 days. The requirement that at least one impaired class must vote to accept the plan is also removed in Subchapter V cases.

A standing trustee oversees all Subchapter V cases and is appointed to operate the business if the Subchapter V debtor in possession is removed by the court.

A debtor must elect to have its Chapter 11 case treated as a Subchapter V case and must meet the debt limit, which is quite low, $2,725,625, in noncontingent, liquidated, secured and unsecured debt. Insider debt is not counted toward the debt limit. In an important bow to the pandemic the country faces, Congress increased the debt limit for Subchapter V cases filed until the one-year anniversary of the effective date of the CARES Act, to $7.5 million. Congress can also extend the period for this increase in the debt limit.

An ABC and a Subchapter V Small Business Reorganization should be considered as possible alternatives by small and medium-size businesses that suffer financial distress as a result of the COVID19 pandemic or for other reasons. Each of these alternatives can provide a debtor with several advantages over a traditional bankruptcy filing under Chapter 11 or Chapter 7.

Kenneth L. Cannon II is a bankruptcy lawyer and shareholder in the Salt Lake City office of Durham, Jones & Pinegar PC.  He is a fellow in the American College of Bankruptcy and an adjunct professor of law at the S.J. Quinney School of Law at the University of Utah.

Thomas R. Taylor is a corporate and M&A lawyer and shareholder at Durham, Jones & Pinegar’s Salt Lake City office. He is listed as one of the leading M&A lawyers in the United States by both Chambers & Partners and Super Lawyers.