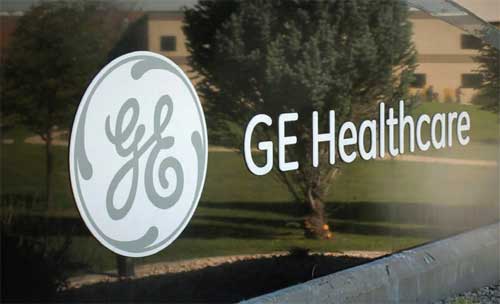 Corporate recruitment and expansion reached record levels in Utah during the past fiscal year, with projects expected to generate more than 13,000 jobs over the next decade or so.

The Governor’s Office of Economic Development (GOED) and Economic Development Corporation of Utah (EDCUtah) reported the figures at the GOED board’s June meeting, with GOED incentivized projects topping 10,000 for the first time. Its 21 projects were approved based on 13,364 jobs being created over the next five to 10 years. EDCUtah’s 31 projects are expected to create or retain 13,279 jobs.

The two organizations’ projects mostly overlap, although not all EDCUtah projects go through the GOED incentive process. Both of their fiscal years conclude at the end of June.

“This year was a banner year for us in terms of all of the metrics that we’ve looked at,” Thomas Wadsworth, GOED associate managing director, told the board.

“This is just fantastic,” Owen Barrott, GOED incentives analyst, said of the jobs number. “We’re just so glad that we’re able to have this many jobs in the pipeline coming down, especially in the COVID pandemic as it’s we’ve been dealing with this, because this will have Utah in a very strong position to come out of this and continue to grow as these companies generate these new jobs.”

The primary incentive used by GOED is Economic Development Tax Increment Financing (EDTIF), which allows companies to receive tax credits of up to 30 percent of the state taxes they paid over a certain period, up to 20 years. Their contracts with the state are post-performance, meaning they receive the credit only if they meet their job-creation obligations.

As for EDCUtah, its fiscal year featured projects totaling 13,279 new or retained jobs, up from 10,450 the prior year. That is despite the number of project wins falling from 40 to 31. Capital spending on projects is projected at $1.2 billion, up from $1 billion. Project square footage rose from 2.5 million to 3 million.

Among prominent projects are those of Northrop Grumman near Roy; Procter & Gamble in Box Elder County; Malouf in Nibley, near Logan; GE Healthcare in Logan; Intermountain Electronics in Price; and RS Technologies in St. George.

GOED doubled its previous record by incentivizing six projects of 1,000 or more jobs each.

“It kind of shows us that Utah is starting to compete more and more on a national scale, so we’re doing a better and better job of attracting large national companies to come and build their business here, and also we’re having a lot of growth with our home-grown companies,” Barrott said.

Another GOED trend is geographic diversity in technology and manufacturing projects. While about one-fourth of the incentivized jobs are expected to be created in Salt Lake County and a similar figure for Utah County, the rest are slated for elsewhere. Tech jobs, traditionally created in Lehi, Draper and Salt Lake City, likewise are spreading throughout the Wasatch Front.

GOED officials also noted that the incentivized jobs are high-paying —  at least 10 percent above the average county wage — but many of the projects are also expected to generate entry-level jobs that do not qualify for incentives.

Since its inception of the EDTIF program in 2005, two-thirds of approved projects’ tax credits have gone to Utah-based companies to help them expand and add more jobs.

“We’re really excited about where we’ve been,” Wadsworth said of the past fiscal year. “As we’ve alluded to before, this gives us some good momentum to get through some of these pandemic issues we’re going through.”

“This is great news, and I want to congratulate our team, board members and partners for their hard work to bring jobs and increased opportunity to Utah workers,” Val Hale, GOED executive director, said in a prepared statement.

“As we start the new fiscal year in July, we aim to build upon this economic success even as Utah and the country struggle through the coronavirus pandemic with far-reaching economic consequences. Still, economic indicators in Utah are stronger than the rest of the country. Our future is bright.”

“We attract successful companies of all kinds,” said Carine Clark, chair of the GOED board. “Utah’s economy is recognized as the most diverse in the nation, and that’s, in part, due to the strategic work of GOED and its corporate recruitment partner, EDCUtah. We’re thrilled to support new, high-paying jobs in the state and appreciate the Legislature’s commitment to growing Utah’s economy.”

“The projects on which we worked reflect the diversity of Utah’s economy, with notable brands such as Northrop Grumman, Jack Wolfskin, GE Healthcare and Amazon expanding here. Our collaboration is generating momentum to help the state recover from the COVID contraction.”