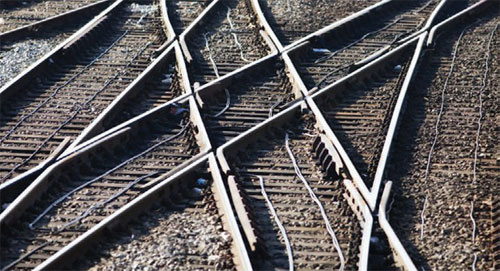 The Utah Inland Port Authority (UIPA) has released an operational plan for the next five years and, as expected, the release is not without its distracters. The document, titled Strategic Business Plan, FY2020-2024, outlines goals and strategies for UIPA partnerships, policies and programs. At a virtual press conference, the UIPA board explained how it plans to advance sustainable and smart logistics investment that benefit the entire state.

“Logistics is the backbone of our economy,” said Jack C. Hedge, executive director of the UIPA. “By establishing a strong, resilient and flexible goods movement network statewide — built on real data and global best practices — the UIPA will ensure the economic support we all need while addressing the issues we all care about.”

The UIPA said its plan includes the best available data sources analyzed using both regional and national modeling techniques, giving the most complete look to date at industry and community conditions and impacts in Utah. The planning process was led by CPCS, a national consulting firm that specializes in transportation and logistics analysis and policy.

“The Utah Inland Port area has the largest cluster of freight activity in the Intermountain West, and Utah households and businesses rely on that activity to support their lifestyles and livelihoods,” said Donald Ludlow, vice president of CPCS. “Other states engage in freight planning to improve their transportation systems, but UIPA has the opportunity to do it more holistically and proactively to make logistics more sustainable and to provide economic benefit statewide by working with local communities.”

The UIPA plan document said that one-third of Utah’s GDP, employment and incomes are dependent on the state’s logistics system. Hedge said the UIPA “aims to be at the forefront of sustainable innovation to attract capital and high-value jobs.”

According to the document that UIPA published, “the planning process incorporated stakeholder, community and citizens’ input to study ways the UIPA can protect community values like habitat, air and water. The UIPA area will continue to develop based on market conditions but with the implementation of UIPA policies and programs, scenario modeling shows a 11 percent to 19 percent reduction in air emissions along the Wasatch Front against the baseline of what is forecasted to occur.

Utah’s inland port, a massive logistics and shipping center near the Salt Lake City International Airport, has been noised about for several decades and came into being when the state Legislature created the geographic area and designated an 11-member port board in the waning hours of the 2018 legislative session.

“The Inland Port Authority has a responsibility to look at Utah’s entire logistics system and bring together the right partners that will make that system economically and environmentally sustainable in the decades to come,” said Salt Lake City Councilman James Rogers, who is also the chair of the UIPA board of directors. “This new plan directs us how to accomplish that vision.”

But some of those who have historically opposed the port’s construction aren’t buying the environmental claims of the UIPA board.

“The newly released plan is filled with a lot of words like ‘sustainable,’ ‘renewable energy,’ ‘zero-emissions,’ ‘clean technologies’ and ‘monitoring,’ but otherwise gives us no actual information.” said Brian Moench, president of Utah Physicians for a Healthy Environment. “It gives us no reason to reconsider what has been obvious since the beginning. This inland port will bring a lot more pollution and dirty energy into the Salt Lake Valley and is exactly the wrong direction for our economic future.”

Hedge addressed the lack of details in the plan. He said that the strategic plan is a “framework,” not an endpoint, and that more specific policies will be outlined in the coming months for how the authority will actually accomplish the outlined goals. That work will come with additional public input and engagement, he said.

“The business plan released by the Utah Inland Port Authority describes much of the harm the port will bring, but lacks commitments to legally binding remedies,” said Deeda Seed, a spokesperson for the Center for Biological Diversity and a leader of the Stop the Polluting Port Coalition. “What is clearly stated in the plan is that it’s all dependent on public financing of private business interests, such as Rio Tinto. And what that means is that we, the taxpayers, are subsidizing the harm to our communities.”

Many of the opponents of the port have also called for a pause in the port’s planning process until the current crisis caused by the COVID-19 pandemic has passed, citing difficulty in participating in the process because of limits on things like assembly for participation in UIPA board meetings. According to various stakeholders, there was considerable difficulty logging into the Zoom-hosted board meeting where the plan was presented. Seed said she got a “barrage of messages” from people complaining they couldn’t get access to the meeting. She said she knew of at least 10 people who tried to listen to the meeting that weren’t able to.

“The inability of affected communities, community organizations and individuals to engage in upcoming port authority activities should serve notice to the port authority to table any decisions concerning the port until current social distancing constraints are lifted,” said Richard Holman, chair of the Westside Coalition, a loose-knit organization of residents, property owners and business owners in western Salt Lake County where the port is planned to be built.

On its website, the Stop the Polluting Port Coalition called on the board to cease operations until the current shutdown is ended. “In light of all of these concerns, the Stop the Polluting Port Coalition demands that the Utah Inland Port Authority Board suspend all of its meetings and other activities until the COVID-19 crisis has passed and public input can resume,” the release said.