Back in business: Utah Open set as scheduled, sans gallery 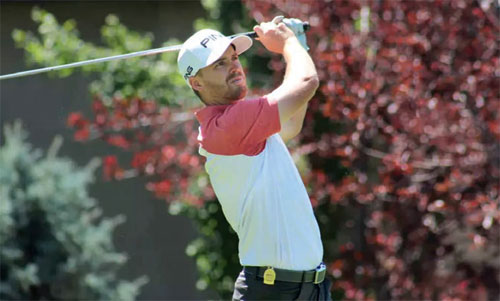 Competition-starved golf fans will finally have tournaments to watch in June and the Utah Championship presented by Zions Bank will be one of the first broadcast on national television. The Utah Championship, now scheduled to be played at Oakridge Country Club in Farmington on its original dates during the week of June 22, is part of the Korn Ferry Tour where aspiring players have a chance to win the right to play on the PGA Tour.

Last week the Korn Ferry Tour announced modifications and details regarding the restart of the 2020 schedule following the COVID-19-caused suspension in March. The tour modified its schedule and combined it with the 2021 season. It also added new tournaments to make up for the tournaments canceled during the suspension. Four of the first six tournaments played when the season returns will be new to the tour, with only the Utah and Colorado opens being played as originally scheduled.

The regular PGA tour restarts play with the Travelers Championship the same week as the Utah Open.

The Utah Open will be the third Korn Ferry Tour tournament to be played after the restart and the first to be televised, with all four days — June 25-28 — carried live on The Golf Channel. At least the first four tournaments will be played with no general public galleries allowed on the golf course, but the tour will continue to monitor the situation and follow the recommendations of local and state authorities in order to determine the most appropriate on-site access in each market. In addition, the tour will continually review available COVID-19-related protocols that could be implemented at events to ensure the health and well-being of all involved, the tour said.

“Utah’s stunning mountain backdrop will provide an amazing showcase of the great Korn Ferry Tour players returning to action on The Golf Channel,” said Jeff Robbins, president and CEO of the Utah Sports Commission, which produces the Utah Open.