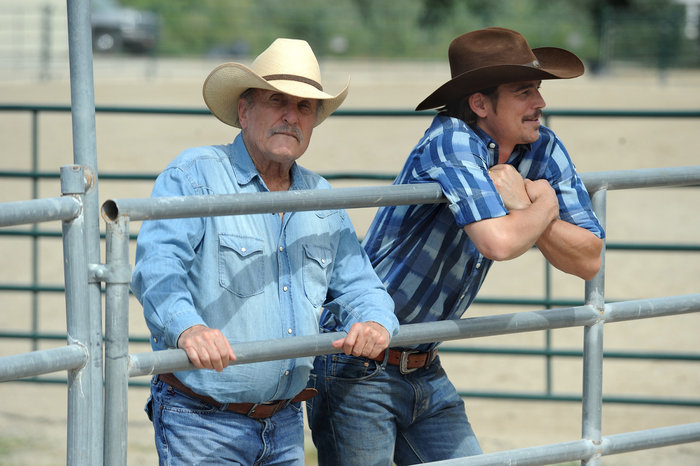 The 2015-16 fiscal year for filming TV and movie productions in Utah was full of … action.

“It (the growth) is a little attributed to ‘what you put in is what you get out,’ but it’s also those bigger, quality films and having that reputation and people starting to get to know that Utah is a great place to be shooting their film,” Virginia Pearce, director of the Utah Film Commission, told the GOED board at recent meeting.

Pearce noted that ABC-, HBO- and Sundance-affiliated directors all shot in Utah for the first time, which could lead to them shooting again in the state. “You come in, you realize everything that Utah has, all the resources, and then you want to come back,” she said. “It’s great when we have partners like that.”

Vicki Varela, director of the Utah Office of Tourism, Film and Global Branding, cautioned that the $55 million in spending during the 2015-16 fiscal year likely will not be repeated. “It will flatten out,” she said. The reason is that $13 million was awarded in incentives despite incentive amounts being capped at $6.79 million by the state Legislature. The larger amount was attained by using holdover funding from production approvals from previous years.

Board chairman Mel Lavitt questioned whether the legislative appropriation could be increased.

“I can only assume there is sort of a limitation to what you can spend if you’re at the $6.79 [million],” Pearce said. “Now the conversation is, how do we get the biggest bang for our buck? How do we make that money go further? What are the great partners that we want? How do we get a little bit more visibility out of that same amount of money?”

“How do you get more money from the Legislature?” Lavitt asked.

“There is that,” Pearce replied.

Varela said the legislature contains people who are “lovers and haters of film.”

“But,” Lavitt asked, “if we’re showing that we’re making money with the [incentive] money that we put into it, wouldn’t it be logical that we would be getting more money to bring more money into the state?”

“That’s what the lovers would argue, yes,” Varela said.

Pearce said a lingering question about the program has been about the incentives’ return on investment. That is part of a current study of the program, with results expected to be available by the end of September.

“I think there are some people that, you know, as in the business community, don’t like incentives in general, so it’s hard to get them over to see that they want to spend more in incentives when they’re not a fan of it to begin with,” she said.

One board question was about film productions’ impact on tourism. “It is not an exact science, and there isn’t a state that has quite figured that out yet,” Pearce said.

Jeff Edwards, president and chief executive officer of the Economic Development Corporation of Utah, asked about film productions’ impact on rural Utah. “To me, that has always been a really compelling part of this argument, that this is delivering significant dollars to rural economies,” he said.

Pearce said that also will be part of the current study. However, a snapshot of one particular film’s impact on a rural community indicates that the production spent $4 million in Utah. That included $271,535 for retail items; $111,649 for transportation; $529,696 for film rental and leasing services; $1.3 million wages and benefits; nearly $1.6 million for accommodations; and $131,299 for food.

The $1.5 million for accommodations “in a small town is a big deal,” Pearce said. “That’s direct spending that they’re seeing on the ground in the communities.”

The number of permits for all productions, not just those receiving state incentives, totaled more than 250 during the past fiscal year. The group included films, TV shows, commercials and music videos. Pearce estimated that a single music video — for Katy Perry’s “Rise” — shot in the Snow Canyon and St. George area likely resulted in $500,000 being spent in the area.

Among the Utah film and TV releases that occurred during the past fiscal year were “Once I Was a Beehive,” “Singing With Legends,” “Being Charlie,” “Tim Timmerman,” “Kindig Customs,” “Mythica,” “Wild Horses,” “Waffle Street” and “Blood & Oil.”