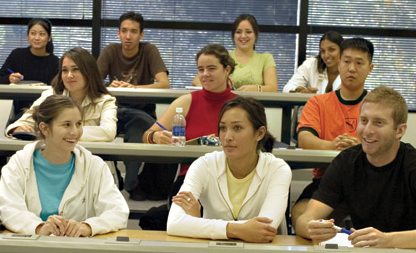 Looking for answers to address Utah’s shortage of skilled workers, several speakers at a recent summit suggested that they’re sitting at desks in the state’s secondary schools or even at the elementary school level.

Looking for answers to address Utah’s shortage of skilled workers, several speakers at a recent summit suggested that they’re sitting at desks in the state’s secondary schools or even at the elementary school level.

Panelists echoed each other’s comments throughout the third annual Solutions Summit by saying young people need better information about today’s industries in order to help them understand the financial and other benefits of particular positions and to guide them into careers in those worker-hungry sectors.

“I think it’s very difficult, I think we were to say, by show of hands, how many have said to their child or children, ‘Hey, I think you’d be a great electrician’?” Josh Brown of Utah Mining Association and head of government affairs at Rio Tinto, asked the crowd at the summit, organized by U.S. Sen. Mike Lee. “I think there’s not going to be very many hands that go up.

“For the most part, I think, we all want our children to be the doctors [and] lawyers of tomorrow. And it’s going to be a big generational shift to have people recognize that there are very good, high-paying jobs that might not necessarily be that traditional pathway that we’ve all kind of grown up on.”

Todd Bingham, president of the Utah Manufacturers Association, noted that 70 percent of Utah jobs need some kind of post-secondary education but not necessarily a degree. “How do you talk to your child to say, ‘Maybe you should become a nuclear-level welder’?” he said. “And we can laugh about that, but nuclear-level welders in this state make [salaries] into the mid-six figures.”

The panelists said misconceptions abound about their particular industries. Bingham said manufacturing “sometimes is seen as dirty, dangerous and dark.”

“I think image, in our industry, is having the largest impact on our ability to recruit talent and it’s not that we are your grandfathers’ manufacturing industry. We’re entirely different than that. Today’s generation just doesn’t grasp that concept. We have to change that,” he said.

Technology has allowed the industry to be “cleaner, faster, leaner and more efficient,” he added.

“The one challenge that comes with that, as our companies have become more automated and become more efficient, today’s generation doesn’t see industry as a career and they still have the vision of manufacturing of 50 years ago. It’s the saying ‘they don’t know what they don’t know.’ … They just don’t understand what jobs are in manufacturing, so as innovation has increased, perhaps we as industry have not done as good of a job as we should of informing today’s workforce why they should come to work for us, what jobs are available in the industry.”

Brown said mining once was “a pretty rough-and-tumble, dangerous place to be” but now is extremely safe. Still, the industry is searching for craftsmen, tradesmen and electricians — all high-paying positions.

“Those jobs seem to be very much tied to the baby boomer generation, and as those [workers] retire, we definitely see a very large gap,” Brown said. “We see a large gap for essentially the next 20 years.”

Steering young people toward careers in manufacturing, mining and even technology has been challenging, despite the average Utah technology salary ranging from $60,000 to $90,000 annually and jobs in manufacturing and mining averaging $90,000, speakers said.

“These are well-paying jobs,” said Chet Linton, chairman of the Utah Technology Council and president and CEO of School Improvement Network. “Most students do not understand what’s out there.”

In technology, the labor shortage is not confined to Utah. Linton said about 2 million tech jobs nationwide are vacant, and all require some tech expertise.

“I think, one, it’s a matter of information and helping people understand that there are great jobs in every field,” he said. “And sometimes the answer ... is not to go get a four-year degree. I think that’s one of the problems. And the other issue is that we’re not informing students about the opportunities out there, that there really can be a job that they love and they can feel that they’re contributing to society. We don’t have students pursuing those avenues, and so I think a lot of it is just information, contrary to the fact that we carry the information of the world in our pocket.”

While never carrying the “dirty, dangerous and dark” label, software development nonetheless also is suffering from a shortage of skilled workers, according to Korvyn Domseif of global HR and risk consulting firm Willis Towers Watson OneExchange. His company’s tech staff numbers 150 to 200 but the company would prefer it be about 300.

Software development is “not math and science so much anymore as it is problem-solving and communication and working as a team to solve business goals,” Domseif said. “There are very lucrative and enjoyable careers out there in software testing. It really should be higher on people’s lists of things that they’d like to do.”

Various initiatives are underway to address the misconceptions and teach young people about opportunities. They include the mining association’s ambassador program where workers talk to students and the manufacturing association working with state agencies and educational institutions on a public relations campaign “to help mold the understanding of young high school seniors why manufacturing is a career for you,” Bingham said. The Utah Technology Council has undertaken a program to inform school counselors about the tech industry — information that can be relayed to students — and companies and industries have worked on certified apprenticeship programs and marketing campaigns and partnered with the state on “pathways” programs to get high school and college students on the road to certain industries.

Utah is considered to be at full employment but the unemployment rate was lower a decade ago when it was at 2.7 percent. That’s when companies were worried “about finding living and breathing employees,” said Derek Miller, president and chief executive officer of the World Trade Center Utah. Having emerged from the Great Recession, Utah again is in a fast-growing economy with low unemployment.

“But today’s challenge is not just finding living, breathing employees,” Miller said. “It’s finding employees with the skills and the training that they need for these high-tech jobs in a global economy.”

Ben Hart, managing director of business services at the Governor’s Office of Economic Development (GOED), cautioned that Utah is “not suffering from a shortage of people” but does have people needing the right training in order to enter the workforce.

“Workforce really is the dominant issue facing our economy today. … We’re at this precipice. We’ve been here before,” Hart said. “We know that if we cannot solve this workforce issue, get better in-migration into the state, and also ensure that we’re getting training programs properly and appropriately set up to serve industry need, then we’re going to see declines in what we’re seeing in growth. We’ve got to have the workforce. It’s the critical issue right now.”

“Our growth as an organization has been extremely limited by the number of people we can bring on,” said Domseif, whose company had 50 employees in 2006 but now has more than 1,000. “We have a huge backlog of projects that would all generate revenue, would all provide value to our organization and provide value to our customers, but we are limited by the number of teams we can add based on how many people we can effectively mentor at the same time.”

Linton said many companies are opting to open offices outside Utah, or even outside the U.S., because of the labor struggle.

Medical device manufacturer Edwards Lifesciences had 320 employees in 2001 but now has 950 in Draper. “That’s about 25 percent year-over-year growth, which is very, very scary for a company when we’re in an environment with 3 percent unemployment,” said Nathan Tenzer, senior director of manufacturing. “That’s a pretty significant challenge for us, and we don’t really see a slowdown in that growth. We’re still growing explosively, which is a great problem to have, but it’s a problem nonetheless.”

Bingham said one Utah manufacturing company has 54 open positions, “and it’s not uncommon to see a medium-sized to large-sized manufacturer with that many jobs open that have been open for a number of months. …It’s a challenge in the global economy. I think what we’re seeing is it’s having an impact on our ability to expand and grow.