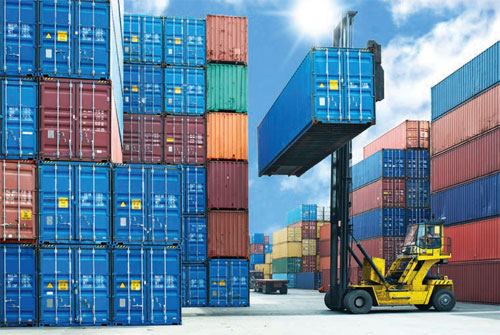 A group studying the idea of Utah being home to an inland port has contracted with a Massachusetts-based company to look for potential locations.

The Utah Inland Port Committee has contracted with Cambridge Systems (CS) to start an in-depth analysis of sites for the port. CS will select potential port sites, assessing financial and technical viability of each location; provide comparisons to other U.S. inland ports; and identify best practices. The initial findings and recommendations will be presented to the committee Oct. 1.

“We are confident Utah is an exceptional candidate for an inland port, and next steps include answering where and how we will execute,” said Val Hale, executive director of GOED. “Our strategy requires sophisticated data so that we can make the best decision to benefit the state of Utah. The committee looks forward to our partnership with Cambridge Systematics.”

Government officials at various levels have been discussing the idea of a port for more than a year in hopes that a port could boost employment and Utah exports and incentivize international companies to place operations in Utah. Gov. Gary Herbert appointed the World Trade Center Utah (WTC Utah) and the Governor’s Office of Economic Development (GOED) as committee leaders after a report last year from the Kem C. Gardner Policy Institute confirmed that Utah meets the criteria to create a successful inland port.

WTC Utah statistics indicate that Utah exported $12.07 billion in goods and services in 2016, down from $13.3 billion in 2015. Derek Miller, president and chief executive officer of WTC Utah, often describes Utah’s export strength and its status as the ninth-fastest-growing export state in the country as remarkable considering Utah is a landlocked state in the Rocky Mountains with only 3 million residents. He also has emphasized that Utah can boost its export statistics.

“Increasing global e-commerce creates a high demand for quick and affordable transportation of goods, and Utah — already a competitive hub — is a prime location for innovative trade expansion,” Miller said last week. “An inland port would take our state to the next level, opening doors to the global marketplace and expanding opportunities for sustainable economic growth.”

An inland port would act as a hub for trade by combining rail and trucking services, warehousing and distribution. Typically, they are located away from traditional land, air and coastal borders and handle goods off-loaded from ships and moved to the ports for handling and redistribution.