Help Wanted: Utah's jobless rate is among the best in the nation, but that's not necessarily a good thing if you're a contractor trying to build a crew for a big, new job 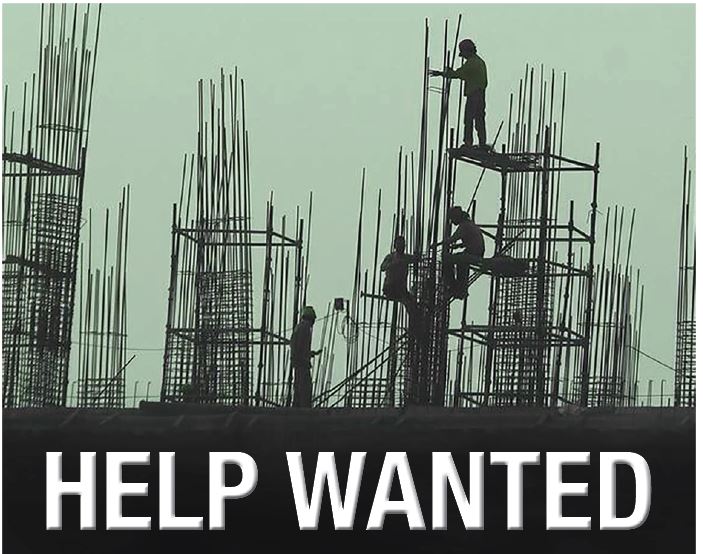 It might be hard to imagine a downside to Utah’s lower-than-average unemployment rate, but for the construction industry in the state, there definitely is one.

Many construction employees left the industry during the recession because they worried it was too cyclical, said Craig Tingey, vice president and chief human resources officer at Layton. And with low unemployment in Utah putting pressure on employers to retain high-quality workers, they’re probably not coming back any time soon.

“A strong economy means there are lots of other jobs and industries and we’re competing with everyone else,” Rindlisbacher said.

The first answer for the construction workforce shortage has been upping the recruitment and compensation game.

“We’ve just had to be very aggressive in going out and getting people,” Tingey said.

That has been a silver lining, he added, because it’s prompted the company to look into and nurture historically non-traditional workforce assets. For example, Layton has begun partnering with organizations that train veterans to fill construction jobs.

“Construction used to be all-white males and we’re seeing people with more diverse backgrounds saying, ‘There’s opportunity there,’” Tingey said. “What we are seeing is that there is a more diverse population that is becoming qualified.”

Layton offers employee referral incentives and has broadened its pool of recruiters in an effort to leverage this untapped potential.

Brandon Dew, Operating Engineers Local 3 district representative for Utah, said the union has started an apprenticeship and training program to tackle the shortage head-on. Using a training site in West Jordan staffed by three full-time trainers, as well as on-the-job training hours at partner employers, Operating Engineers Local 3 is introducing the construction trade to a new generation, as well as providing an opportunity for individuals already in the industry, such as journeyman operators, to upgrade their skills.

“We’re bringing young people in and teaching them the trade,” Dew said.

Companies like Layton are also investing in education and outreach to attract and prepare new talent. One very successful initiative is the company’s mentoring program. Pairing more-seasoned employees with employees earlier in their careers has expanded and expedited career growth opportunities, giving people an incentive to stay with the industry.

“The positive part about that is that earlier career people are saying, ‘Wow, I’m getting a lot of responsibility and I’m growing faster in my career than I thought I could,’” Tingey said.

Education efforts also target individuals who might not have considered working in the industry before. For example, the construction industry is increasingly technology-driven and could be appealing to high school and college students interested in disciplines such as software engineering, computer-aided design and 3D modeling. Those individuals just need to be told that construction could be a good career path for them.

“We just need to educate those millennials, that next generation, that they can bring their tech savvy to construction,” Rindlisbacher said.

Tingey agrees that the future of construction lies with educating and attracting new talent, not persuading old talent to come back.

“I don’t see very many people coming back. Frankly, we’re not putting our eggs in that basket,” Tingey said. “We are looking to develop a new breed. I bet a lot of kids don’t even think it’s a possibility. It’s not even on their radar.”

Despite all these unintended positive consequences, a prolonged workforce shortage does pose some serious risks. Employees are stretched thin, doing more with less, and burnout could start to impact capacity and — ultimately — the bottom line.

“The day may come when we have that critical point when we are turning away significant amounts of work. The whole industry could potentially be facing that,” Tingey said. “On the other hand, it’s always a competitive market.”

Many in the industry have a positive outlook on the future despite the current struggle to find the talent they need. Rindlisbacher said he recently met with a subcontractor who expected to keep growing his business despite workforce challenges.

“He shocked me when he said, ‘I want to make my company 10 times bigger than it is today,’” Rindlisbacher said. “There are challenges, but great optimism on our end that we can get where we need to be.”