Golf During a Pandemic: Following a virtual shutdown last spring, golf has come roaring back better than the industry could have hoped 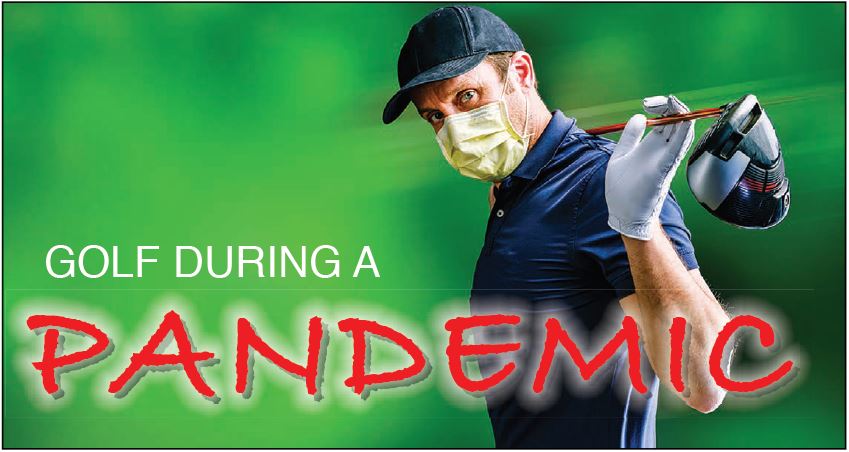 An ad currently running on Utah radio stations suggests that people have taken up a lot of new activities during the ongoing COVID-19 pandemic — things like baking bread, doing jigsaw puzzles, doing their own auto repairs or learning a new language.

How about playing golf?

Incomplete numbers recently released by Golf Datatech, an organization that tracks such things, show that’s what we’ve been doing. The market research firm reported a nationwide 13.9 percent increase in rounds of golf played in 2020 compared with 2019, with a large portion of the upsurge reported late in the year as the pandemic wore on. That’s more than double the previous record year-over-year increase recorded since Datatech started tracking golf activity over 20 years ago. Datatech concluded that the rise was largely due to golfers seeking recreational opportunities during the COVID-19 pandemic. The natural social distancing afforded players in the wide-open spaces on golf courses seemed to attract those suffering from cabin fever brought on by the pandemic’s lockdowns and job telecommuting.

Although final numbers aren’t yet available, Utah golf courses seem to be running ahead of the curve. Datatech lumps the state in with Idaho, Wyoming and Montana in a region that collectively saw a 20.4 percent increase in the number of golfers hitting the links. The four M ountain states had an astounding 52.9 percent hike in rounds in December, due in part to mild weather in the normally colder climes.

“While the global pandemic wreaked havoc on many segments of our economy, the golf industry experienced a significant boost in rounds played and equipment sales,” John Krzynowek, a partner at Golf Datatech, said in a release announcing the surge in rounds played. “On the equipment side, sales increased by low single digits in both 2018 and 2019, but the double-digit gains in 2020 can only be attributed to the pandemic and golf being a respite for so many.”

The yearlong gains happened despite golf being shut down in many states as the pandemic took hold of the nation in March and April. Rounds played in March fell 8.5 percent versus the same period of 2019 and rounds in April were down 42.2 percent, based on reports by Golf Datatech and the National Golf Foundation.

Then came the surge, as golf was recognized as a relatively safe escape during the pandemic. Rounds played were up 6.2 percent in May versus May of 2019, followed by gains of 13.9 percent in June, 19.7 percent in July, 20.6 percent in August, 25.5 percent in September, 32.2 percent in October and 57.5 percent in November. The numbers for December were just released, with rounds played for the month up 37 percent over December of 2019, which no doubt was helped by good weather in winter golf settings such as Florida, Arizona and California.

“Golf Datatech started collecting and projecting monthly rounds-played data in January 1998,” Krzynowek said. “We’ve never seen an annual increase remotely close to this, as the previous record increase occurred in 2012, a year when we had nearly perfect weather across much of the United States and rounds played grew by 5.7 percent.”

Golf Datatech said it’s important to note that gains aren’t spread evenly across the industry. Some resorts that rely on air travel have been hit particularly hard in the wake of the pandemic as golfers choose to drive to more local and regional destinations. And the percentage increases in rounds played don’t necessarily mean equal increase in revenue, as many clubs have lost income tied to food and beverages as well as events such as weddings.

On the retail side, as well, gains were not even across categories. While revenue for clubs, balls and other hard goods soared, with many equipment makers struggling to fill demand as inventories dwindled, some soft goods categories lagged in sales. For example, Golf Datatech reported that sales of apparel dropped 14.2 percent in 2020 versus 2019. Meanwhile, online sales of apparel rose, and despite the overall annual drop, the last two months of 2020 saw an 11 percent increase in apparel sales versus the same period in 2019.

“Given the state of the golf economy in late spring, anything in positive territory had to be considered a big win,” Krzynowek said, “and December data continues to impress and suggest the business may still have room to run in early 2021.”

And bodies on the course is not the only place golf grew in 2020. Last year also saw a big boost in golf viewing — on television, that is — because virtually all professional tournaments were played without galleries once the PGA Tour resumed play with the Charles Schwab Challenge in late June. Tournaments were suspended after the first day of The Players Championship on March 12.

In August, ESPN announced that the ratings for the 2020 PGA Championship were the best they had been in five years. The first round of the tournament averaged 1,246,000 viewers, making it the event’s most- viewed first-round telecast since 2015, and the second-best opening round in the past 10 years. The second day of broadcast, viewership rose another 42 percent.

ESPN broadcast its weekly football show “College Gameday” from the Masters for the first time ever and had a 31 percent increase in viewership over all of its other shows in 2020, according to ESPN’s Bill Hofmeier.

In May, prior to the resumption of PGA tour play, Turner Sports broadcast “The Match II” to benefit COVID-19 relief efforts. Golf legends Tiger Woods and Phil Mickelson teamed up with NFL greats Peyton Manning and Tom Brady at Shadow Creek Golf Course in Las Vegas. (The original “The Match,” between Woods and Mickelson, was held in 2018.) For many people, it was the first live sports event they had seen in months, and it showed. The event attracted a TV audience of an average 5.8 million, making it the most-viewed golf event ever.

“It’s amazing to see the growth the sport has experienced — even in the face of a global pandemic,” Adidas Golf President Jeff Lienhart said in an article from the National Golf Foundation. “The fact that people can play safely, get outdoors, social distance, etc., is certainly positive.”