Fed Policy Shift: Does the Fed's new strategy signal an end to the Phillips Curve? 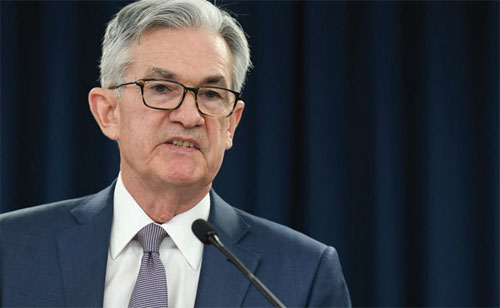 By Cameron Cole and Rajeev Sharma

Recently, U.S. Federal Reserve (Fed) Chair Jay Powell addressed the Jackson Hole Monetary Policy Symposium and announced a major policy shift in the Fed’s approach to managing inflation. In a speech titled “Navigating the Decade Ahead,” Powell highlighted a new strategy that puts added weight on bolstering the labor market while introducing a degree of tolerance for inflation. 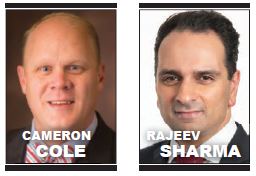 Specifically, the Federal Open Market Committee (FOMC) will seek to achieve inflation that averages 2 percent over time rather than a precise 2 percent target. This shift in policy implies that the Fed will allow inflation to run at a pace above 2 percent for a period of time to offset having undershot its inflation target over most of the past decade. The Fed is willing to allow inflation to run hotter than normal in order to support the labor market and broader economy. However, Powell did not specify how much higher inflation would have to be before FOMC officials would sound the alarm. Nevertheless, the change suggests that the Fed will be less inclined to raise interest rates for several years to come.

The announcement is a formal departure from the Fed’s traditional “Phillips Curve” approach used in forecasting inflation. First articulated in 1958, the concept relies on the theory that inflation rises in an inverse relationship to unemployment. The reasoning behind the change in policy is the evidence that lower levels of unemployment in recent years have not led to higher levels of inflation as they had in previous cycles. The Phillips Curve approach was widely criticized as the Fed raised interest rates too early following the Great Financial Crisis, and the markets signaled that the hikes had gone too far. The Fed was eventually forced to lower rates by 75 basis points (0.75 percent) in 2019 as inflation remained stubbornly below the Fed’s 2 percent target throughout that period.

This policy shift signals less reliance on Phillips Curve estimates, as the Fed does not want to repeat history during another prolonged period of low inflation. Instead of an inflation forecast, the FOMC will rely on actual inflation outcomes to determine the appropriate policy action. Consequently, the Phillips Curve, a longtime guide used by the Fed in setting monetary policy, has effectively been laid to rest.

In addition to the shift on inflation, the Fed announced that its employment mandate has moved to address “shortfalls” from the “broad-based and inclusive goal” of full employment, not deviations. In other words, the Fed will continue to address unemployment that is too high; however, it will not be compelled to react to unemployment levels that fall too quickly, as it had done in the past. Given the Fed’s dual mandate, there is now a heavier emphasis on achieving full employment, considering that inflation remains low and unemployment continues to be very high.

What are the implications of the policy change for investors? Powell’s speech is important as it defines the Fed’s approach to policy and will set expectations by identifying factors that are most significant to the Fed. Further, the announcement will help bolster prices of risk assets, as it highlighted the central bank’s willingness to keep interest rates lower for an extended period of time.

Many central banks have held interest rates at very low levels since the financial crisis more than a decade ago. That has raised concerns about the lack of effective tools to combat another downturn. Powell’s speech simply conveys that an existing tool — the inflation target — is being adapted to address the persistent undershooting of inflation, conceivably providing the Fed with additional flexibility.

The biggest risk of the policy shift is that long-term rates could rise very quickly if investors believe that the Fed would not respond to inflation fast enough to contain it. Yield curve control could be an appropriate tool at that stage, with the Fed purchasing bonds further out on the yield curve to keep yields lower.

On the news of the Fed policy action, Treasury yields moved considerably higher and the yield curve steepened while domestic stocks traded largely higher and the U.S. dollar remained flat against a basket of currencies. The dovish approach to U.S. monetary policy will keep interest rates low for years to come while letting inflation and employment run higher than in the past. This is supportive for the equity markets, specifically the financial, real estate and cyclical sectors.

The Fed’s new policy blueprint is a map for how the Fed plans to conduct policy going forward. The focus on a strong labor market will require a range of policies in addition to a supportive monetary policy.

Any opinions, projections or recommendations contained herein are subject to change without notice and are not intended as individual investment advice. This material is presented for informational purposes only and should not be construed as individual tax or financial advice. KeyBank does not provide legal advice.