PANDEMIC ROYALTY REDUCTIONS: Utah's oil and gas producers are benefiting greatly from a Trump administration policy that reduces royalty payments during the pandemic - but it may be hurting local governments 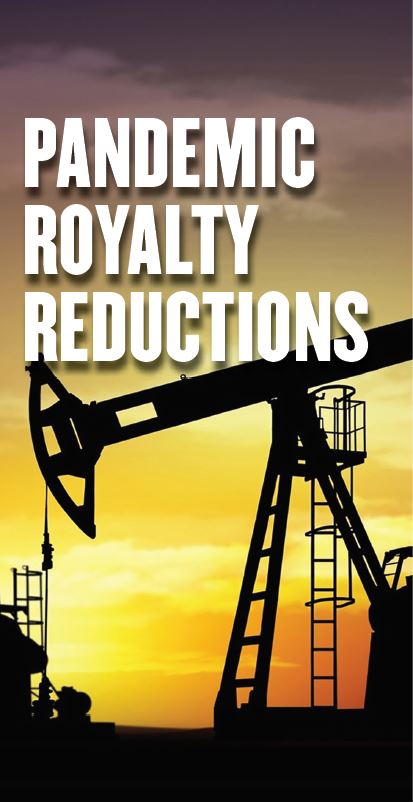 In response to the COVID-19 pandemic’s effect on the petroleum industry, the U.S. Bureau of Land Management (BLM) has begun a program of reducing lease and royalty payments owed to the government for oil and gas drilling on public lands. And Utah producers seem to be benefiting greatly from the agency’s relief efforts.

According to Department of the Interior data, between March 1 and the end of May, nearly 80 requests for lease and/or royalty rate cuts were received from Utah petroleum producers by the BLM — and all were approved.

AP first reported in late May that the Trump administration had begun approving royalty relief requested by energy companies. The value of the rate reductions depends on how much oil and gas the companies extract. In general, producers pay the government 12.5 percent royalty payments on revenues from oil or gas extracted from public lands. The current reduction program has seen cuts to as low as 0.5 percent in Utah as well as the nearby oil-producing states of Wyoming and Colorado.

The dramatic reduction in revenue from oil and gas royalties has created no small amount of concern from local officials. The federal government returns 50 percent of all royalties collected to the local governments where the products are extracted. In 2017 — the latest year for which complete numbers are available — Utah received more than $53 million from petroleum royalties. Even without the BLM’s royalty-cutting program, that amount would have taken a significant drop because of COVID-19-induced production cuts.

Current crude prices and company operating costs are used to determine how much royalty rates should be reduced, Chris Tollefson, a spokesman for the BLM, said in a statement. BLM’s state offices are handling the reductions and only approving them “when it is in the best interest of conservation to do so or when it would encourage the greatest ultimate recovery of our natural resources.”

“Applications for relief are reviewed by career experts at the bureau following longstanding procedures and its laws and regulations,” Tollefson said. “Any relief granted is temporary, for up to 60 days. Numerous organizations, stakeholders and elected officials asked for blanket relief, and we have maintained our position of following current practices and providing guidance in how producers would apply within existing regulations.”

Driven by government-mandated shutdowns in almost all business sectors and an oil price war that broke out between Russia and Saudi Arabia, oil prices dropped to historic lows in April, causing Utah producers to lose money on every barrel extracted. Short of closing down production, oil companies, represented by the Utah Petroleum Association, began seeking relief from the federal fees.

In response, the BLM issued interim guidelines for lowering the royalty levies. The BLM also approved the suspension of nonproducing leases, which extended the 10-year limit by which companies were required to begin development.

In an April 21 memo, the BLM said, “Because of the pandemic, operators are not able to maintain sufficient employees at drilling sites to allow for continuing drilling operations. As a result of these considerations, many operators are not able to operate wells economically or as a practical matter and may find it necessary to simply plug and abandon a significant number of producing wells unless they receive financial relief.”

Oil prices have recovered somewhat from the lows in April as global producers curb output and U.S. oil companies halt production at some wells. The gradual opening of the U.S. economy following coronavirus shutdowns has also added to the rebound in oil prices.

Interior Department officials also have approved requests to suspend rental payments on at least 375 oil and gas leases nationwide totaling almost 320,000 acres. Rental fees bring in far less revenue than royalties — $1.50 per acre for the first five years of a lease and $2 per acre for every subsequent five years, according to the department.

Critics of the petroleum industry and conservationists have joined forces to complain that Trump administration’s decision to dramatically cut royalty and lease payments encourages more oil production at a time when storage tanks are near capacity and there is continuing pressure on the industry to curtail output.

“They’re neck-deep in oil and we’re throwing them an anchor,” David Jenkins, president of Conservatives for Responsible Stewardship told The Hill. “Not only does this boneheaded move shortchange American taxpayers and Western states at the worst possible time, it incentivizes oil production during the worst oil glut in history.”

Critics also claim the apparent 100 percent approval rate indicates a lack of serious evaluation of the royalty cut requests and express concern that taxpayers would ultimately be the ones paying the price.

“I think it shows that there is no criteria,” said Aaron Weiss, the deputy director of the Center for Western Priorities in a press release. “They’re just handing out royalty reductions to anyone who asks. You’re basically giving away an asset that’s owned publicly ... at the lowest possible price and undercutting a source of revenue. From a fiscal responsibility standpoint, it makes no sense. From a market standpoint, it makes no sense.”