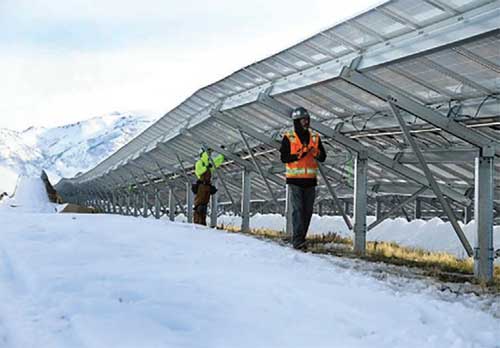 More than 250 buildings at Hill Air Force Base near Ogden have undergone upgrades as part of a $42 million solar power project. The Air Force has recently completed construction of the project that will improve energy efficiency and resiliency at the base.

“The completion of construction of the ESPC project at Hill AFB continues the Air Force’s pursuit of resiliency and conservation, along with deployment of cost-effective green energy,” said Abhiit Duttagupta, AFCEC Energy Directorate project manager.

AFCEC, in collaboration with the Defense Logistics Agency – Energy (DLA-E), awarded the contract to Energy Systems Group, an energy service company, in April 2018, for upgrades to 258 buildings, totaling 6 million square feet by incorporating seven energy conservation measure upgrades. The scope of the project included construction of a solar array and other project upgrades that will reduce energy consumption and maintenance costs at the installation.