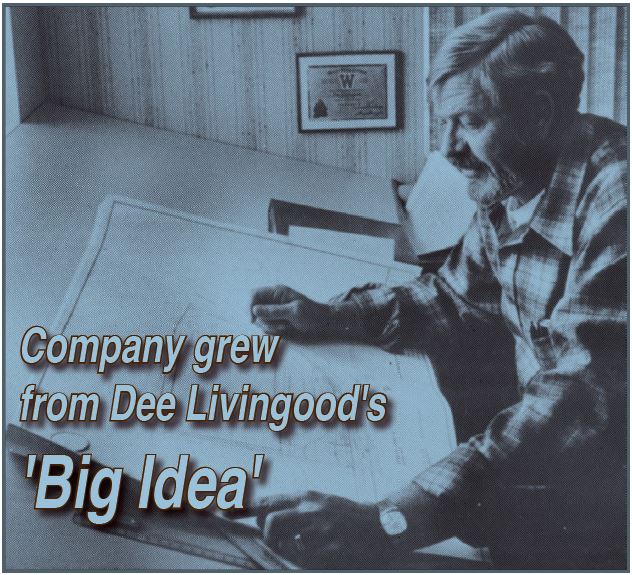 Big-D Construction has an extraordinary history that now spans 50 years here in Utah. It all started in Ogden in 1967, when a 30-year-old carpenter named Dee Livingood sold his blue Volkswagen for $1,000. Dee risked everything he had to start his own business. He named the company Big-D, using a nickname which had been given to him not only because of his large stature — Dee stood over six feet tall — but also because of his character.

Dee wanted to lead a company based on equal respect for customers and employees. Dee’s BIG IDEA was the catalyst for the growth and success Big-D is experiencing even today. Since it was founded, Big-D Construction has grown to seven regional offices nationwide and more than 1,000 employees. Dee’s founding leaders, or “lions,” continue to lead the company today. Dee’s son Jack Livingood currently serves as the company’s chairman. Rob Moore, who has spearheaded some of the company’s largest projects since he was hired by Dee in the 1970s, currently serves as the company’s chief executive efficer.

Big-D’s footprint is on several iconic buildings in Utah and across the country. Some of Big-D’s most exemplary buildings include the Natural History Museum of Utah, the Salt Lake City Library, Matheson Courthouse, Beverley Taylor Sorenson Center for the Arts and the University of Utah S.J. Quinney College of Law. Many of these projects have garnered several awards. The Beverley Taylor Sorenson Center for the Arts project, for example, was recently named “Champion of the Year” by the Associated Builders and Contractors.

Big-D is currently working on one of the largest construction projects in the state of Utah. The company teamed up with Holder Construction (to form HDJV, a joint venture) and the Salt Lake City Department of Airports to work on the Airport Terminal Redevelopment Program project. HDJV is currently constructing a new terminal and concourse project at the Salt Lake City International Airport. The 10-year project is expected to be complete in 2024.

While their projects have certainly defined Big-D in the marketplace, their employees remain the “Heart, Soul, Muscle, and Mind.” Many employees come from generations of construction workers who remain part of the Big-D family today. Big-D Construction’s “President’s Club” is a group within the company that includes (and recognizes during an annual dinner) employees that have worked for Big-D for five years or more. There are currently more than 400 employees in the President’s Club (including 133 employees that have been with the company 15 years or more), totaling 4,895 years of Big-D experience.

One tradition that Big-D continues from Dee’s founding leadership is helping others in the community the construction firm serves. Big-D actively supports the construction management and architecture programs at local universities. Big-D also regularly donates time and services to local charities. Big-D’s own employees will dedicate time to support numerous organizations throughout the state.

Through successes and challenges, Big-D continues to be a construction leader in the Intermountain West. As the company celebrates its 50-year history, its leaders and employees are looking ahead to the next 50 years.