This week in The Enterprise – Utah’s Business Journal

Summit speaker: Broadband is an economic & civic imperative
Danilo Campos’ title is technical director for social impact at GibHub, but he spent part of last week in a different role: evangelist. Speaking at the 2016 Broadband Tech Summit in Salt Lake City, Campos praised the benefits of high-speed Internet deployment and called for investment that will boost the lives of individuals and communities. Read More... 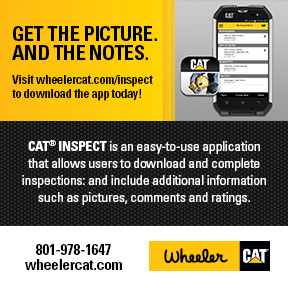 Land for new prison cheaper than planned
The acquisition of land to build the anticipated new state prison on the west side of the Salt Lake Valley has been completed — and for a cost far below what was expected. The 323-acre site, located near I-80 and 7200 West, was purchased by the state’s Division of Facilities Construction and Management (DFCM) for $12.4 million. Early estimates had pegged the cost as high as $30 million. Read More...

Food manufacturer bringing $70 million facility and 100+ jobs to Salt Lake Co
Denver-based WhiteWave Foods Co. announced the project after the Governor’s Office of Economic Development (GOED) board last week approved a $1 million tax credit incentive to land the project, with the incentive tied to the creation of 105 jobs. Read More...

Transplant Games will bring 8,000 participants to SLC in 2017
An estimated 8,000 organ, eye and tissue donation recipients and their families will convene in Salt Lake City in the summer of 2018 for Donate Life Transplant Games, the Utah Sports Commission (USC) announced last week. The games are scheduled for Aug. 2-7 and will involve over 20 competitions and dozens of ancillary activities around the city. Read More...

Basic calendar listings are provided as a free service to our readers. Information about upcoming events may be sent to brice@slenterprise.com. The submission deadline is one week before publication.