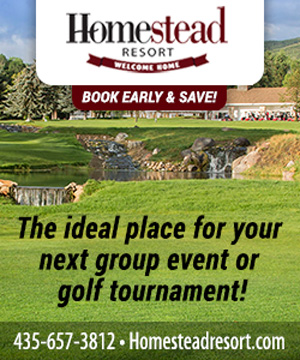 $20 million in grants will launch new Eccles economics institute
The David Eccles School of Business at the University of Utah has announced the establishment of the Marriner S. Eccles Institute for Economics and Quantitative Analysis with the support of a $10 million gift from the George S. and Dolores Doré Eccles Foundation and the Ma...

New TV series to shoot in Utah include Costner's 'Yellowstone'
By Brice WallaceFor several years, state officials promoting film and TV production in Utah worked diligently to get a TV series — any TV series — to shoot in the state. Now there are several.The latest is “Yellowstone,” a drama series starring Kevin Costn...

Poll: Utahns stay confident about economic status
Despite a minor dip in July, the Zions Bank Utah Consumer Attitude Index (CAI) remained statistically flat, indicating a continued confidence among Utah consumers in their economic outlook. The CAI dropped 1.0 point from 115.2 in June to 114.2 in July. Consumer confidence in Utah...

Report: EDUtah efforts result in 9,336 new jobs created, kept at 34 firms
By Brice WallaceAn organization contracted with the state to recruit companies to Utah and grow existing ones reports having 34 project wins during the 2016-17 fiscal year, resulting in 9,336 jobs created or retained.The Economic Development Corporation of Utah (EDCUtah), a priva...

IdentoGo makes airport security check-in easier with SLC locations
Business travelers looking to speed up the airport security process now have an option.TSA PreCheck, being offered by IdentoGO, can provide a designation printed on boarding passes that allows a person to quickly get through airport screening without removing shoes, laptops, liqu...

CORPORATE FINANCIAL REPORTS - 7-31-17
The following are recent financial reports as posted by selected Utah corporations:ZionsZions Bancorporation, based in Salt Lake City, reported net earnings applicable to common shareholders of $154 million, or 73 cents per share, for the second quarter. That compares with $91 mi...

“25K Jobs” Launch Tour - August 2
Presented by Lt. Gov. Spencer Cox and World Trade Center Utah and focusing on Gov. Gary Herbert’s challenge to create 25,000 jobs in rural Utah during the next four years. Exact locations to be announced. Details are at http://www.25kjobs.com.

Annual Member-Only Summer Social and Garden Party - August 5
A Holladay Chamber of Commerce event. Location to be announced. Free for chamber members and one guest, $35 for nonmembers. Details are at http://www.holladaychamberofcommerce.org.