Misclassifying employees as independent contractors could be costly for your business 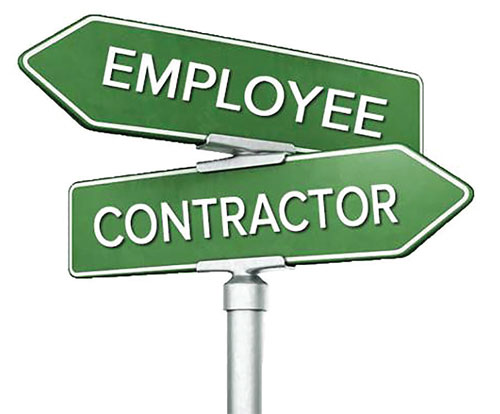 Utah employers should make sure classifications comply with the federal Fair Labor Standards Act (FLSA). At the state level, there is no single established definition of an independent contractor. Different tests are applied depending on the circumstances of a particular case, including whether the classification raises issues under workers’ compensation, tax liability or unemployment insurance.

Under the Utah Employment Security Act, two primary factors emerge as essential to the classification of an independent contractor. First, is the individual “independently established”? Second, is the individual “free from the employer’s control and direction”? DWS will analyze the following factors to determine whether a worker is properly classified as employee or independent contractor and employers should, too:

Independently Established. An individual will be considered independently established if he or she has already created an independently established trade, occupation, profession or business that exists apart from his/her relationship with a particular employer and does not depend on a relationship with any one employer for its continued existence. Under this first factor, having more than one client for whom the individual performs services will weigh in favor of the individual being classified as an independent contractor. The following additional factors are also considered:

• Separate Place of Business. The worker has his/her own place of business separate from the employer. This would include a separate facility, company telephone numbers and a separate Internet address. That a worker merely works remotely does not weigh heavily in support of the independent contractor status, especially now that so many employees are remote due to COVID-19.

• Tools and Equipment. The worker has a substantial investment in the tools, equipment or facilities customarily required to perform services. However, “tools of the trade” used by certain trades or crafts do not necessarily demonstrate independence. An individual who merely uses employer-provided tools, including computer programs and software, is probably not sufficient to establish independent contractor status.

• Other Clients. The worker regularly performs services of the same nature for other customers and is not required to work exclusively for one employer. Employers should be careful not to require independent contractors to agree to a non-compete or any agreement that prohibits the worker from engaging in any activities that conflict with or compete with the company as such an agreement would weigh heavily in favor of the worker being classified as an employee.

• Profit or Loss. The worker is in a position to realize a profit or loss from expenses and debts incurred through an independently established business activity. A worker with his/her own independently established business will track the business’ profits as well as its losses and likely maintain separate policies (i.e., workers’ compensation, liability insurance, etc.).

• Advertising. The worker advertises services in telephone directories, newspapers, magazines, the Internet or by other methods clearly demonstrating an independent effort to generate business. The more the worker relies upon his/her own advertising and business development efforts, the less likely he/she is dependent on the employer and this demonstrates worker independence.

• Licenses. The worker has obtained any required and customary business, trade or professional licenses. This would include business registrations with the Utah Department of Commerce or independently funded licensing requirements and liability insurance.

• Business Records and Tax Forms. The worker maintains records or documents that validate expenses, business asset valuation or income earned so he/she may file self-employment and other business tax forms with the IRS and other agencies. This factor requires more than just passively receiving a tax Form 1099 and filing the same with the IRS. DWS has routinely found that merely filing a Form 1099, without evidence that the worker maintained records to document business expenses or asset valuation for business purposes, is not persuasive that the worker is independent.

• Control and Direction. If an employer satisfies this first test, there will be a rebuttable presumption that the employer did not have the right of or exercise of direction or control over the service. The following factors are used as aids in determining whether an employer has the right of or exercises control and direction over the service of a worker:

1. Instructions. A worker required to comply with a superior’s instructions about how the service is to be performed is ordinarily an employee. This factor is present if the employer for whom the service is performed has the right to require compliance with the instructions (e.g., the assignment of daily or weekly tasks to be completed, daily accounts to be serviced, etc.).

3. Pace or Sequence. A requirement by the employer that the service must be provided at a pace or ordered sequence of duties indicates control or direction. The coordinating and scheduling of services of more than one worker does not indicate control and direction.

5. Personal Service. A requirement that the service must be performed personally and may not be assigned to others indicates the right to control or direct the manner in which the work is performed.

7. Set Hours of Work. The establishment of set hours or a specific number of hours of work by the employer indicates control.

8. Method of Payment. Payment by the hour, week or month points to an employer-employee relationship, provided that this method of payment is not just a convenient way of paying progress billings as part of a fixed price agreed upon as the cost of a job. Control may also exist when the employer determines the method of payment. To establish independence, an independent contractor should provide a written bid or quote for each job and invoice the company separately on his/her own invoicing system.

Kathleen D. Weron is an employment law attorney with Manning Curtis Bradshaw & Bednar in Salt Lake City where her practice focuses on management counseling, including advising employers on proper employee classification under federal and state statutes and employment litigation. She graduated from the University of Utah’s S.J. Quinney College of Law.